One of the reasons I wanted to live in Austin was for its insane music scene. I was so excited to be in the city last year (March 2015) so I could attend the famous South by Southwest (SXSW) festival. Locals refer to it as “south by” and it’s a shit-show that takes OVER the city of ATX with nearly every artist ranging from already famous to just about to hit the scene hard. Shows can be found on almost every square inch of the city at every venue and non venue in town. If you’re heading into the scene soon (music week: March 15th – 20th), you should know: How to Skip the SXSW Lines.

*This likely won’t work, I actually don’t even recommend it.

If for whatever reason you can’t follow this list, then you should know there are lines and they come out in full force during Music Week. Don’t be too anxious, they are only natural given the size of the event.  If you play it smart though, you won’t have to wait as long (show up early), and if you don’t HAVE to see the headliners, you won’t stand around nearly as much. The general admission wristband certainly helps speed things up but you don’t NEED it to go to shows. My friend and I didn’t buy one last year and we were easily able to take full advantage of the entire week. That being said, without the wristband, you have to figure things out on your own and get creative. In order to get access into Fader Fort, I had to go a week prior to pick up the unique Fader Fort-specific wristband. Even with that, we waited nearly 5 hours (in a torrential  downpour) for the “Surprise Guest” who was rumored to be Kanye and ended up being T-Pain and Big Sean. 5 hours! Click here to see a video of their show.

SXSW may feel overwhelming if you are a first timer. If you go with the flow, are flexible, open to new music, and don’t have high hopes of seeing any one set band, you will definitely enjoy the experience! And ya, you will likely have to wait in a line here or there…but it will be worth it 🙂 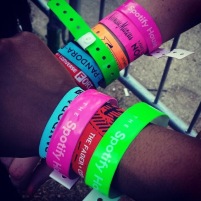 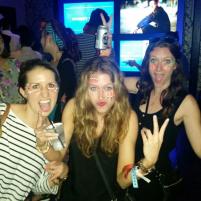 The Line at Fader Fort

Watch the video on my IG @fromheretosunday

One thought on “SXSW Music Week: How to Skip the Lines” 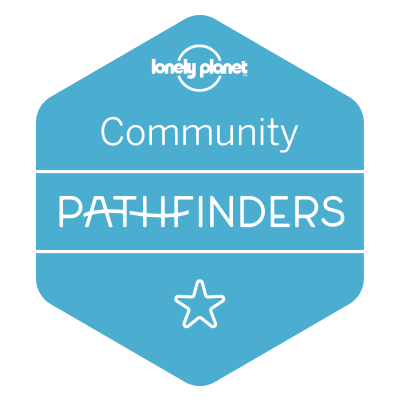 Addicted to forest bathing in the Redwoods 🌲 I have so many pictures and videos of trees from this trip so you can expect many more 😆🌲 this is from the Avenue of the Giants - curving in and out of redwoods for 32 miles - it is one of the more touristy stops along the route up north (some of the trails a bit more crowded) but has some cool stops including insanely large fallen trees at Founders Grove - The Dyerville Giant tree fell in ‘91 and is more than 400 feet long, and weighs over a MILLION pounds!!! The roots were massive. 🌲🌲🌲🌲🌲🌲 #redwoods #avenueofthegiants #humboldt #redwoodforest
Oregon fog looks like Karl 🌫🤍 #ifykyk #oregon
M🍊🍊D
A break from the daily grind in Northern California ☀️🌲
Cake in a wine glass anyone? 🍷 Sunday brunch w/ @traveljeanieous 🎂😛 late to this 2020 trend but my first time actually doing it!
🌺💞🌸
Stepping into Sunday Funday and the week dreaming new dreams 💭💃🏼 @legionofhonor 🖼 with @traveljeanieous videography skills on point walking backwards ⏮
A Sunday morning picnic party at @legionofhonor, San Francisco’s own mini Paris 🥰 with @traveljeanieous and flowers 🌺 from @gracerosefarm 🧺👯‍♀️🧀
Forest bathing in the Presidio and counting down the few weeks to go before @fortwoplz and I are headed to the 🌲 REDWOODS 🌲 If anyone has tips for the Redwood National Park and or southern Oregon let me know 🤓 soooo excited!!
I’m still daydreaming about @united pie in the sky chocolate chip cookie from @elischeesecake 🍫 this was INSANE & it deserves its own reel, I high in the sky recommend!!! “Decadent chocolate ganache is tucked inside a brown sugar chocolate chip cookie crust 🤤” it was warm and gooey and ohhhh so perfect
Loading Comments...
%d bloggers like this: